This lunacy will destroy our economy…and have no benefit!  Man-made global warming is more hysteria than science.

A good friend said he first realized “man-made global warming” was nonsense when he visited Turkey some time ago and was looking down over a very steep cliff. Where he was standing used to be a seaport. So if the sea level rises that much, it will be where it used to be.

This report fleshes out the details of carbon dioxide in the atmosphere: 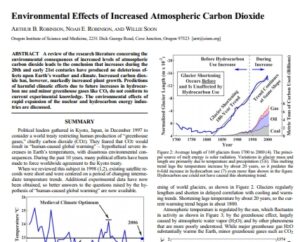 There have been times when the earth was much warmer and times when it was much colder than it is now. We are still coming out of an “ice age”, and no one is exactly sure what causes ice ages. Every 10,000+ years or so huge glaciers twice the height of the Empire State Building descend as far south as Alabama. It is going to get a lot colder, and mankind cannot stop it.

Satellite temperature readings of the atmosphere show much less warming compared to those of the land-based stations.  Where you take the temperature down here on Earth matters.  Think about it: this is a decades-long study.  If the surroundings of the temperature station change, like the construction of shopping malls and roads nearby, you’re going to get a false high reading.  This is called the “urban heat island effect”.  Of course the people pushing global warming use the higher readings because it fits their narrative.

This is the famous graph from NASA GISS, using land-based temperature readings, that has been shown over and over again in the media and lauded by global warming enthusiasts as proof.  At first glance, it looks like a correlation between temperature and carbon dioxide, but this famous graph itself serves to help disprove the theory. 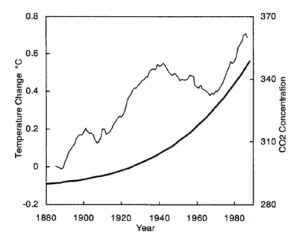 Study it closely.  The temperature is the jagged line and the smooth line is the CO2 concentration.  It actually shows the bulk of the warming occurring before the CO2 increases very much at all.  So what is causing what?  One could theorize from the graph that warming is causing the CO2 to rise, but not the other way around.  A real scientist would be hesitant to develop any theory from this chart due to the very short period of time displayed (in geological terms) and the small temperature change, but you get the point: global warming alarmists will use anything they can find to push the storyline, even if it blows up in their faces.

By far, the largest contributor to a greenhouse effect is water vapor. It will be interesting to see the legislature pass laws against water vapor.

If you plot solar activity and Earth temperature on the same graph, you see a direct correlation.  Mars and other planets had been getting warmer in recent years. There are few SUVs there.

Mankind’s contribution to warming could only be very, very tiny and virtually undetectable in the grand scheme of things.

Even the most powerful computer models cannot accurately predict the awesome and fluctuating power of nature.  The computer models used to predict our impending doom are so full of fudge factors they are laughable.   They were caught falsifying the data!  Their core assumptions are seriously flawed and biased.  Garbage in, garbage out.   Science is supposed to be about developing a theory and then putting it to the test.  But that is not the case for global warming.  There is no proof, there never has been any proof, and the ONLY thing they have are these pathetic computer models that have been wrong over and over again.  But if you repeat it a million times in the media, it becomes fact. This is junk science and possibly the greatest lie ever perpetrated upon mankind.

Forty years ago these same geniuses were clamoring that something needed to be done about “global cooling”. We were all going to freeze to death and massive government intervention was absolutely necessary.  There are now predictions of 10-20 years of cooling… and the line is “Mother Earth is giving us more time to deal with global warming.” This is insanity!

The salaries of the people performing these studies are being paid by government.  Now, if they came back and said “it isn’t happening”, they would be out of a job, because they reached the wrong conclusion.  Should it be surprising that a high percentage of “scientists” “agree” with the global warming nonsense, as is always reported by the media?

Many people (educated in government-run schools) have forgotten that carbon dioxide is not a dangerous chemical as is now reported, it is plant food. All life on this planet is based on carbon.  Carbon dioxide is a vital part of the life cycle.  Plants flourish in an environment with higher ppm carbon dioxide. They take it in and emit oxygen. One of mankind’s gifts to the Earth is that we are taking the carbon hidden deep below the surface and bringing it up here where plants can enjoy it.  One could question environmentalists’ love of trees, otherwise why would they think even for a second to reduce the burning of fossil fuels?

Since energy goes into everything we use, limiting fossil fuels will raise the price of everything substantially. Also, we are already driving industry out of this country due to ridiculous taxation and regulation. This will be the final nail in the coffin. Would you put a factory here and deal with this nonsense? What will happen when there are no American manufacturers left?

Now having stated all of that,

for the sake of argument, for the moment let’s assume the global warming cheerleaders are right and the planet is getting warmer and mankind is the cause.

Embrace it!  Higher temperatures allow crops to be grown at more northern and southern latitudes, and we should be happy about that because there are 7+ billion people on this planet who need to eat.  When the glaciers come again, a lot of people are going to starve to death, so enjoy it while you can.  The claim of more storms and all of that has been proven to be complete malarkey.

The big emitter of carbon dioxide is not the U.S., it’s China (by far), and they are building coal-fired power plants at an amazing clip.  It doesn’t matter what WE do; it will not make any difference.  China will NEVER agree to limiting fossil fuel use, and you can’t stop them.  They will sit back and laugh and laugh and laugh if we are so so stupid as to destroy our own economy by passing laws against carbon dioxide.

The environmentalist movement has been hijacked by people with a different agenda. They have made it no secret that they want to chop down the United States of America and that this is a precursor to what they truly desire: a utopian communist one world government.  If they get their way and the entire planet becomes a miserable hell hole, there is a silver lining: the good news will be that finally no one will care if the temperature goes up one degree or if the sea level rises by half of an inch.

The Deniers: The World Renowned Scientists Who Stood Up Against Global Warming Hysteria, Political Persecution, and Fraud, And Those Who Are Too Fearful to Do So
by Lawrence Solomon

Mr. Solomon is an environmentalist who set out to research those scientists (whom he first believed to be few) opposed to the global warming theory. What he found shocked him. Some of the most preeminent scientists in the world have disproved it! He now believes global warming is a low, low priority, and he points out the Kyoto Treaty is actually destroying rainforests.

The Satanic Gases: Clearing the Air about Global Warming 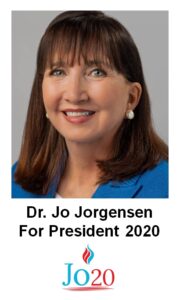